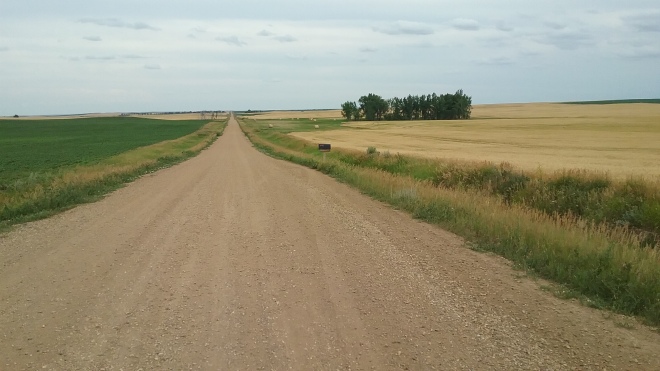 It sat crooked on the side of a snow pack dirt road, obviously the target of a recent plow. Miles from any buildings, houses, or well… anything. Passing by we gave it a curious glance and speculated about its purpose. Was it left over from an abandoned place? Did it serve the local Gophers and Antelope?

On the second trip past the sad black box on its diagonals post, I couldn’t help but chuckle. Such an odd place for a mailbox. The previous drifts of snow now slush around its base. A good gust of wind would have put it on its side. As weird as it sounds I felt sorry for the poor thing, out there all by itself, with nothing but fields in any direction.

Some time passed before we saw it again. Now we made repeated trips past it pulling trailers full of boxes and furniture, toys and tools. Each time we went by it made me smile to see the lonely mailbox.

It took two days of unpacking before I thought about it again. That’s when reality sunk in and I realized it was my lonely mailbox.